Let’s get into the setting, it’s a cold Saturday morning in the beautiful Pacific Northwest. The sun is peaking through the clouds and the pup is running around, excited to get the day started.

Jenn and I started the day off with taking care of a few errands. We went shopping for food at Costco. I’m a Costco member now, yay! After getting some groceries and going to some other stores we ventured back home to grab the pooch and hit the trail.

The trail we took today is part of the Forest Park trails in Oregon. It’s just a small part of a beautiful collection of trails, it’s about 30 miles with a bunch of connector trails weaved in and out of the two main trails. You can create your own loops or just go in straight lines. It’s an absolutely stunning place with plenty of room for years of adventures. You can read more about Forest Park and the trails here.

We parked at one of the main pull outs, it was at the start of the cannon connector trail to take us up to the Wildwood Trail. We squeezed pass the collection of automobiles in the soft, wet gravel lot. Parked our Subaru and grabbed the pup out the back. We loaded up the pack, then headed off up the trail.

The Cannon connector trail was a collection of muddy switchbacks that gradually take you up to the Wildwood trail. We passed a couple families with their pooches, an older couple, and a few solo adventurers. The sky was clear, the birds were singing, and adventure was awaiting. As we climb these switchbacks, we finally make it to the main trail. We began hiking down it. The trail is marked with blue diamonds on the trees every half mile.

After awhile of hiking, we came to a fork in the road. Keep in mind, I am using the proper name for the trail now but during the hike, I was unsure. The only thing I knew was the trail that we wanted started with a “W”. At the fork, to the left was a wide, fairly level, dirt path. On the right, there is this steep, icy/muddy trail that screams, “your fat ass can’t go any further”. There was a handing sign pieced together with some angle iron, quick flux welds, and red spray paint. In sharpie, the scary hill to the right was marked “Waterline Trail”. I couldn’t make out what appeared to be the easy trail was. Jenn and I talked about which trail we should take, we were both already exhausted from hiking up to this point. She strongly suggested that it was the left trail because of the blue diamond. (She’s so smart, don’t tell her I said that.) I was convinced that it had to be the hard trail because shit gets majestic the higher you go.

Off we went up the scary hill. About half way up, I talked Jenn into picking up what had to be this thick 6 foot branch to assist her in getting up the hill. I was using a walking stick and it was helping me a lot. Then it became more effort to lug the fucking thing up there than it was actually helping so she ditched it. Then the pup had to stop to poop. Don’t worry, I bagged it and left it in a bush in a biodegradable bag. Off we went to continue the adventure. We started struggling back up the hill. It’s slippery from the thick mud and ice. My feet are getting stuck in pockets of mud that feel like quick sand. My calves are on fire, I’m covered in sweating, panting and breathing heavily, as I drive my walking stick into the ground to get me up this hill.

We didn’t give up and we finally made it to the top. It wasn’t majestic, it was a water tower with a gravel road that went into some suburban homes. Then Jenn looks at me and says “I told you it was the other trail.” I went ahead and sat back down and admitted she was right. Either way, it was a great workout and a continuation onto the road of physical success that we are traveling together. We drank some water, had a snack, cut the bottle into a pee bottle so I could urinate(don’t worry, I packed my trash out with me), then we headed back down to the car. Deciding that we will have to go on another trail adventure another day. We were both beat and my legs were still killing me from the Bells Mountain hike I took on Friday. If I had to guess, it was about 2 miles in hiking that we did. It was about an hour to the top and about an hour back down.

Once we got back home, we relaxed with a little bit of marijuana and some amazing grilled sandwiches that my queen made us. Then we decided we would go take care of some more errands before meeting up with my colleague Dave for a night on the town in Portland.

Stay tuned for the night adventure! 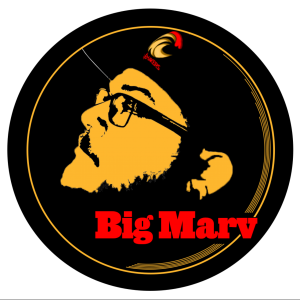 Crafted with ❤ by Big Marv